Industrial & Commercial Bank of China Limited (ICBC), considered to be the world’s largest bank, approved the acquisition of 80% of the shares and votes of the of the Standard Bank Argentina (SBA), which up to this time was in the hands of the Central Bank of the Argentine Republic.

Presently considered the largest bank in the world, Industrial & Commercial Bank of China Limited paid out 600 million dollars to finalize the operation and, after the approval given by the financial authorities, all that remains is approval by the Argentine National Commission for the Defense of Competence (CNDC). Once this final step has been completed, the bank will have capital amounting to 100 million dollars.

According to what was released by the Argentine press agencies explained in detail that the Standard Bank Group will continue holding the remaining 20% of the shares and votes. The agreement already held the approval of the South African Reserve Bank and the Chinese Banking Regulatory Commission (CBRC). In order to finalize the operation, the Argentine holding company W-S Investments, S.A., of the Werthein and Sielecki families, ceded its 25% sharing in the Standard Bank Argentina to the ICBC, while the SBG group gave up 55% of its actual shares for a total of 75%.

“Through this operation, ICBC became the major shareholder of the Standard Bank-Argentina,” the press notice emphasized. Market sources warned that the present General Manager, Alejandro Ledesma, will continue to lead the entity. Standard Bank Argentina numbers 99 branches throughout the country with a staff of 3,348 employees.

The 600 million dollars paid out by the world’s major bank, the ICBC, represents one of the largest investments made by a Chinese firm in financial services and is the most important in regards to the Latin American banking sector, especially for the Standard Bank-Argentina.  Presently, the ICBC is the world’s major bank in terms of market capitalization, profitability, and deposits by clients. It counts on an extensive network of 16,825 offices and branches in China, to which are added 252 international subsidiaries and 1,591 corresponding banks distributed round the world.

The Chinese entity has 4.37 million corporate clients and 292 million individual clients, according to data from June 2012. 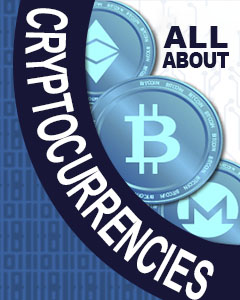