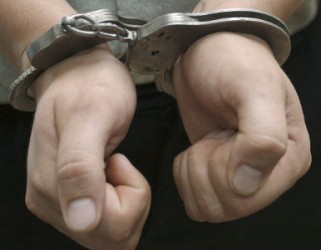 Since the beginning, the United States and Europe have been intent on making offshore banks appear to be accomplices in money laundering, however a financial investigation has revealed exactly the opposite.
Frauds investigator Martin Woods published a report where he shows how important American banks have contributed, in recent years, to laundering money originating from drug cartels in Mexico. The news surprised some, however, other experts assure us that, once again, that the supervision of federal authorities has been concentrated more on pursuing other legitimate businesses than in more effectively confronting illegal activities.

According to Woods, between 2004 and 2007, the Wachovia Bank – bought in 2008 by Wells Fargo & Company – managed illicit funds amounting to 378.4 billion dollars in laundering operations with money exchange cases that were carried out in the name of drug cartels in Mexico.

As part of his work, woods combed through and identified a series of suspicious transactions relating to the Wachovia Bank’s headquarters in Mexico and the business Casa de Cambios (CDC). This company carried out currency exchange operations far from the United States–Mexico border in order to send transfers destined to paying workers’ salaries.

The investigator discovered that large amounts of funds sent by CDC far exceeded what would have been necessary for a normal person. CDC’s suspect checks lacked either adequate identification information or had none at all, and even the signatures on the documents for each transaction were illegible. Then, high Wachovian officials ordered Woods—who was working for them at the time—to stop asking questions about the Mexican CDCs. The investigator’s data turned out to be correct. The FBI confiscated an enormous shipment of drugs in Mexico, valued at 120 million dollars. The cocaine went by plane, in which were found a series of documents that linked the bank to a currency operation with the CDC Puebla, with headquarters in Mexico.

Further investigation revealed that the Wachovia Bank laundered billions of drug money into the United States financial system, in the name of the Casa de Cambios with headquarters in Mexico. As a final result, the federal agents discovered that 13 billion dollars proceeding from drug sales had been transferred by the CDC corresponding to the Wachovia for acquiring airplanes that were used for transporting drugs from Colombia to Mexico, ending then in the United States.

American Express Bank International paid fines in 1994 and 2007 after recognizing that it had failed to detect and report laundering money from narcotrafficking through its accounts. The drug cartellers used accounts with the Bank of America in Oklahoma City to acquire three planes with which they transported up to 10 tons of cocaine.

The federal agents captured several people that worked for the Mexican cartels, depositing illicit funds in Bank of America accounts in Atlanta, Chicago, and Brownsville, Texas from 2002 to 2009. The worst part, various analysts feel, is that the authorities, not just from the United States, have decided to focus on what happens in tax havens, where legality already predominates; without a doubt, they unable to detect what is happening in their own backyard.