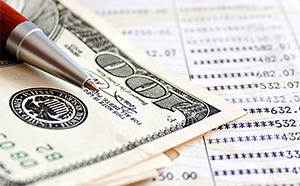 Saying offshore bank today has acquired very negative connotations in recent months. The mere thought immediately brings to mind illicit activities, tax evasion and corruption. And yet, the offshore bank system has nothing to do with tax evasion since there are other, easier ways to reduce tax obligations.
The reliability, strength and security of the offshore bank system is one of the best solutions to optimize taxation, protect your personal wealth and assets, and benefit from the confidentiality in banking operations and bank accounts. To benefit from these and other advantages you need to turn to specialized professional consultants like Caporaso & Partners Law Office in Panama.
Beyond the stereotype built around the offshore bank system as a result of the Panama Papers, movements against financial freedom and privacy have sprung up around the world, above all in the United States where a Law from 1978 (the PFP) takes this right away from all of its citizens. Don’t forget that the American bank system benefitted greatly thanks to the money saved by their clients and began imprudent lending of these funds to high risk mortgages. This caused their ruin.
The same thing happened in Europe. Many of these banks are completely insolvent and have had to resort to controlling cash withdrawals, as happened in Greece and Cyprus in order to retain their clients’ funds. Just like in the United States, Spain also had to resort to saving commercial banks with public funds and help from Europe. All this without forgetting that the Central European Bank established negative interest rates in 2014 as means of encouraging growth. However, also the lack of professional counsel like Caporaso & Partners Law Office in Panama, specialized in offshore banking, brought about the ruin of many.
In the digital era, geography is anecdotal. It doesn’t matter where anyone’s personal offshore bank is found. The most important characteristic when choosing an offshore bank is its financial stability: its liquidity, reliability, and its lending practices. Therefore, being a client of an offshore bank is completely legal and secure, as long as you follow your country of origin’s disclosure laws. This is why the best way to open a bank account anywhere is to confer with specialized professionals like Caporaso & Partners Law Office in Panama.