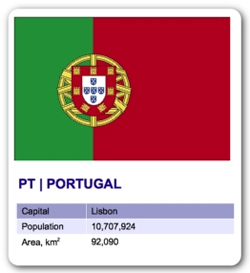 Madeira is a group of small islands, located 1000 km between Portugal and the coast of Africa. The capital, Funchal, has an airport that is well linked to European cities. Madeira is part of Portugal. Madeira’s government has a high degree of autonomy in elation to Portugal, even though Portuguese legislation is applied there, including tax laws. Its economy is based on tourism, fishing, agriculture and financial services. As a poor, outlying region of the European Union, it receives ample sums for development from the EU. Its currency is the Euro. There is an international business Center in Madeira, thanks Portugal’s coordination with the EU that offered offshore status and minimum taxes for manufacturing, services and financial companies until 2001. At the end of 2002, the EU approved an extension of the scheme; however, it excluded incorporation services for new companies. The Free Trade Zone, in the International Business Center, has been very successful.

The VAT is applied in Madeira, although at a lower rate than in Portugal. Lisbon has been very careful in developing Madeira’s offshore economy. Portugal has a large network of double taxation Treaties which can be used in the international business Center to obtain fiscal advantages in various commercial activities. Furthermore, Madeira has ascribed to the European legislation against money laundering and is not known for allowing criminal activities. Lately, there have been economic problems in Madeira, so that the local government implemented a series of cutbacks and increased taxes. Corporate income tax went from 20% to 25%, which put them on the same level as Portugal.

Personal tax rates were also raised to equal those existing in Portugal. The VAT went from 16% to 22% in April 2012. In addition, public unemployment increased. All this influenced the decrease of businessmen’s interest in Madeira’s minimum tax industry.

Formation of offshore companies in Madeira:


Do you need a consultancy on this topic?