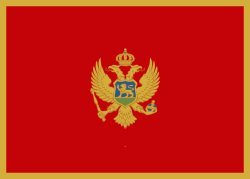 Montenegro borders with Serbia and Bosnia & Herzegovina to the north, with the territory of Kosovo to the east, Albania to the south and east and Croatia and the Adriatic Sea to the west. It covers an area of 13,812 km2 and has a population of about 620,000. The countrys capital is Podgorica; some of the other most important cities are Niksic, Bijelo, Polje and Bar, which is the main port.Its official language is Montenegrin although, given the countys complex ethnicity, there are minorities that peak other languages such as Albanian, Romany, etc., as well other official languages such as Serbian, Croatian, and Bosnian. 72% of the population is Christian Orthodox, 19% Muslim and the rest are Catholics or other religions.

Its currency is the Euro. The country is divided into 21 municipalities, which include 40 cities, 1,256 towns or populated areas, and 365 local communities. There are no autonomous territorial entities.Montenegro presented its request to become part of the EU on December 15, 2008, obtaining candidate status in 2010. On July 26, 2012, the European Union agreed to open negotiations for Montenegros participation in the EU following the European Councils go-ahead. Nonetheless, the EU Council underlined in its conclusions that “this country still has to improve its judiciary independence in the fight against corruption and organized crime.The government has taken measures for facilitating investments in Montenegro. For example, foreigners can own properties in Montenegro, even though they still can’t own land. There are no restrictions on transferring profits, dividends or interest.

Montenegro has signed an agreement for avoiding double taxation with several countries like Belgium, Byelorussia, Bulgaria, the United Kingdom, Denmark, Norway, Romania, Poland, Russia, Slovakia, Slovenia, Ukraine, Finland, France, Holland, Croatia, Czech Republic, Sweden, South Korea and others.To open a bank account in Montenegro, all you need to do is get in contact with the Department of Taxes to get a PIB (a tax identification number) and a VAT number to open a bank account.

The Central Bank of the Netherlands Antilles