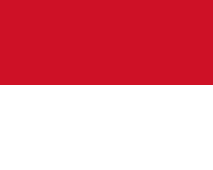 Monaco is a sovereign city-state, country and microstate located on the French Riviera in Western Europe. France borders the country on three sides while the other side borders the Mediterranean Sea. Monaco has an area of 2.02 km2 and a population of about 38,400, according to the last census of 2016. With 19,009 inhabitants per km², it is the second-smallest and most densely populated sovereign state in the world. Monaco has a land border of 5.47 km, a coastline of 3.83 km, and a width that varies between 1,700 and 349 m. The highest point in the country is a narrow pathway named Chemin des Révoires on the slopes of Mont Agel, in the Les Révoires Ward, which is 161 meters above sea level.

Easily accessible, the Principality of Monaco offers an exceptional lifestyle at the heart of Europe and the Mediterranean basin. A unique political and economic environment, the presence of efficient infrastructures, the density of financial activities and the security of goods and people, make Monaco a strategic location for doing business in Europe.With around forty fully-fledged banks and approximately 60 asset and fund management companies, the banking sector employs almost 2,500 people and is a major strategic industry in the Principality s economic activity.In Monaco, financial activities are governed by laws, sovereign orders and ministerial decrees.Several entities including the CCAF (Commission de Contrôle des Activités Financières), SICCFIN (Service d Information et de Contrôle sur les Circuits Financiers), AMCO (Association Monégasque des Compliance Officers) and AMAF (Association Monégasque des Activités Financières) not only supervise financial activity in Monaco but can also help with your research.

Monegasque banking establishments not only provide international wealth management but also offer a comprehensive range of business services (including helping companies to obtain financial resources by setting up a special fund with the Government).For a business requiring highly-qualified professionals, the Principality of Monaco offers them a pleasant and prestigious lifestyle, unrivalled security for themselves and their property, an international social and cultural environment, many options for their children s education and a high standard of healthcare infrastructures.There are over 120 nationalities living and working together and speaking all the major languages, including English, Italian, German, Spanish, Chinese and Arabic.The country s size allows its administration to be close and available to the people, allowing it to listen to the need of businesses and individuals. In short, a lifestyle that would be difficult to refuse, even for the most demanding individuals.All the major European capitals can be reached within a few hours thanks to Nice Cote d Azur International Airport, just 7 minutes by helicopter. Monaco s SNCF railway station is served by TGV high-speed trains heading for Marseille, Lyon or Paris and fast trains towards Milan and Rome.The Principality of Monaco has a diversified economy. Due to its size and unique tax provisions, its economy primarily features businesses in the service and value-added industries sectors.