The Cook Islands are an assembly of islands in the South Pacific, midway between New Zealand and the Hawaiian Islands. It is a self-governing Parliamentary Democracy, in a constitutional association with New Zealand. The Queen is the Head of State and New Zealand holds a High Commission. They have a Prime Minister there and a cabinet chosen from elected members of the Parliament. The population is slightly higher than 22 thousand and the climate is tropical. There are abundant typhoons, especially during the summer. Its currency is the New Zealand Dollar and there are no exchange controls. The economy depends mostly on importation, although the tourism industry has developed greatly during the last 5 years; offshore is another very important sector, and already it is reported by the government as having the second highest income rate.Unemployment and inflation are low, and the government offers ample incentives to foreigners who wish to invest in the Cook Islands. Local taxes consist in 20% of corporate taxes and personal income taxes can arrive up to 30%. There is a 12.5% VAT and also a Stamp Tax. The Cook Islands have no double taxation Treaties; however, since 2009 it has signed more than 15 Treaties regarding exchanges of fiscal information.

The offshore sector is strong, and there is a special regime for banks and fiduciary administration. Offshore companies and fiduciaries don’t pay taxes, except for the Stamp Tax. Confidentiality is very high and only in cases of demonstrated criminal activity is information shared with other entities. The FATF placed the Cook Islands on their black list in June of 2000 because they felt that this territory was uncooperative and that it had been converted into a harmful tax haven. Because of this decision, the Cook Islands’ parliament adopted a series of measures for avoiding money laundering. The FATF assessed the laws that were put into effect as very positive and withdrew the Cook Islands from the list in February 2005. During a recent visit to the jurisdiction, the FATF confirmed that the anti-money laundering measures have been effective. 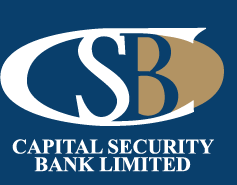