Crisis at Loyal Bank without solution? 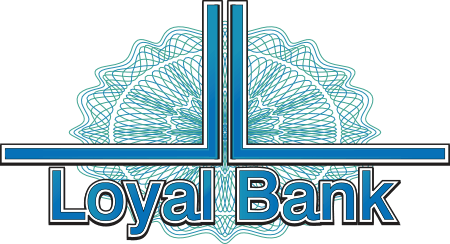 The crisis at the offshore Loyal Bank of St. Vincent and the Grenadines with offices in Budapest continues, just recently its customers learned that incoming and outgoing transfers were suspended indefinitely; Although, as is often the case in these cases, neither the Caribbean country's financial authorities nor the bank itself have offered a detailed plan on how the depositors will be able to recover their funds.
The scandal at the loyal bank began two years ago, when it was forced to close all correspondence accounts, which made the loyal bank inoperative for several months. However, thanks to its 400 million dollars capital, the bank managed to recover and continue operations.
The loyal has been involved in serious conflict. This bank was one of those involved in the FIFA corruption scandal, which brought to prison so many leaders of the organization that governs the football milieu and more seriously was the involvement of Loyalist CEO and CBO, Adrian Baron and Linda Bullock, in an indictment of conspiracy to defraud the US government.
The New York district attorney's bureau was in charge of presenting the case, which also involved the company broker Beaufort Securities, together with the loyal bank, the loyal Agency and Trust Corp., an offshore company located in Saint Vincent and the Grenadines.
Between March 2014 and February 2018, Beaufort Securities along with its partners (including the Loyal bank) became involved in a scheme to defraud investors and potential investors in many U.S. companies by hiding the true ownership of these companies and manipulating the price as well as the volume of exchange in shares of those companies.
As part of this scheme, Beaufort Securities transferred funds to corporate bank accounts at the loyal bank, which were created on behalf of offshore shell companies, which were controlled by bank customers. Another way to launder the money from fraud was through the purchase of works of art.
The problems increased in March this year, the loyal suspended the issuance and recharge of prepaid cards and, now, deepened in its crises with the suspension of entry and exit transfers.
On July 31, on the internet banking system of the Loyal bank, a communiqué was published, calling on customers not to transfer funds, or withdraw money, until further notice.
If you have frozen funds at the loyal bank and need assistance, the Caporaso & Partners firm with attorneys having more than 30 years of offshore banking experience can assist you at very convenient rates.